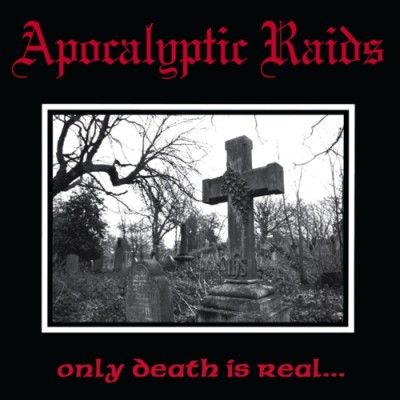 Only Death Is Real… (CD)

APOKALYPTIC RAIDS' Only Death is Real... debut full-length. From their moniker and iconography on down to their galloping, gut-busting thrust, Brazil's APOKALYPTIC RAIDS are the ultimate in Hellhammer/Celtic Frost worship. Raw, rabid, and unrepentant, their sound on Only Death is Real... is squarely between the namesake MLP by Hellhammer and Celtic Frost's eternal Morbid Tales. However, APOKALYPTIC RAIDS' old-school attack is not meant as a rip-off; rather, it is a reverential homage to a classic era and two classic bands, done with a thorough understanding of these ancient metal masters. Although originally released in 2001, it could've just as easily come out in 1985.