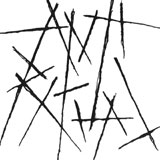 From Copenhagen, Denmark a brutal force beyond description is being projected onto the world and Anti Ritual are to blame for it. With their mix of… Well just about everything heavy, aggressive, energetic and mind crushing you can think of. From hardcore through to black metal and even to sludge, this is such devastating music I’m honestly afraid I’d become homeless if I decide to play this self-titled EP at a volume I’d prefer, which is 11 out of 10. The pace, most of the time, is ultra-fast without loosing the heaviness that is so easily overlooked by fast bands. They manage to keep it blasting and still heavy in a way I’ve never heard before. The record is over so fast that it leaves you in a sort of vacuum afterwards. Kind of a brainwash. A mix of hardcore and black metal is present in the vocals. And the vocals won’t give you a break from its aggressive tempo and Anti Ritual is just that kind of band that takes no prisoners. Brutality all the way. And the energy is staggering. They should not be confused with crust and I guess people just put them in the crust/d-beat category without really listening to what they’re doing, as the mix of other influences makes it so much more original than that. Even some old school death metal vibes are included in Anti Ritual‘s sound. I bet I can put this EP on repeat for a few days and besides becoming a raging lunatic, I would find so many other influences and references it would be impossible to give them a proper genre to be described as. From the six songs, ironically the shortest one ‘Blame The Victim’ speaks the most to me and to be able to fit all this anger, heaviness and yet melodic music in 1 minute & 49 seconds is damn well impressive. I’m used to favouring long, preferably 20+ minutes to really get to know a song but Anti Ritual manages that under 2. Hearing this brings me back over 10 years to Sneek, The Netherlands where I was fortunate to witness the mighty Boston based hardcore legends Slapshot. The atmosphere surrounding the music and the pure adrenaline pumping reminds me of Anti Ritual. Not that Slapshot sounds anything like Anti Ritual, but the hardcore kick in the ass is constantly present even though the Danes have chosen to blend a whole lot more in their style. The feeling that Anti Ritual doesn’t give a shit what we think about them and just do their own thing is a big plus at least for me. I can hear Motörhead in them as in “we play loud, heavy and fast and if you don’t like it, don’t even bother telling us“. You know the “Fuck You” attitude which some bands try to embrace but makes them sound weak instead. You can’t decide as a band that you’re going to have the “we don’t care about anything” sound in your music, it just happens organically and it sure as hell happened to Anti Ritual. This Self-Titled record is also a co-release between Denmark’s Indisciplinarian Records & Vendetta Records, Berlin, and is released on black and white vinyl as well as a digital copy on Bandcamp. Anti Ritual was recorded and produced by the band itself, mixed by Jakob Reichert Nielsen (Rising, Lack) and mastered by Brad Boatright (Nails, Sleep, From Ashes Rise), so what you waiting for, go and check out the devastation for yourself.