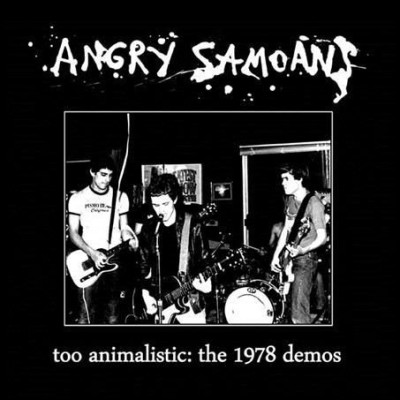 From the ashes of VOM rose the Angry Samoans! In 1978 they recorded their first demos in a cheap two track studio. Some of these tracks have appeared as bonus tracks on long deleted album re-issues, others were released on a long deleted 7", one sees the light of day for the first time ever! In true Samoans style the album is sharp and short and finally the complete demos are now released on one piece of vinyl that plays at 45 rpm.