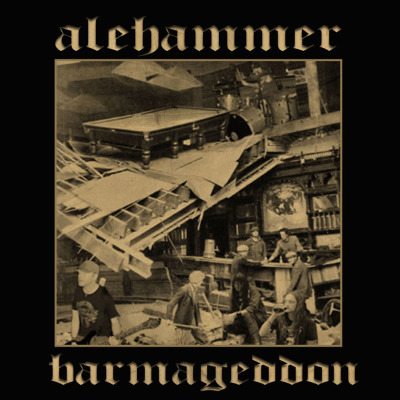 Third output for Alehammer after the picture 10" and the split Lp with Tyrant from Sweden, on Agipunk as always.
People coming from Prophecy of Doom, Doom, Impulse Manslaughter, Vallenfyre, Extinction of Mankind teaming up for the usual ale-fueled crust/metal attack.
This new release is probably their most brutal and primitive ever, bulldozing riffs and vocals coming directly from the depths of hell, totally speakers-blowing!