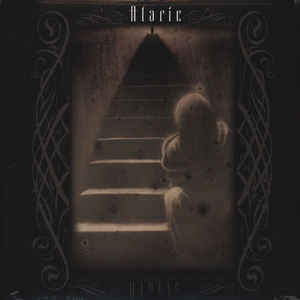 Comprised of Bay Area punk vets from bands like Dead & Gone, Enemies, Cross Stitched Eyes & Noothgrush, Alaric came together to play dark 80s inspired death rock that sounds instantly familiar and completely unique. And though dark music has seen a resurgence among the indie scene lately, Alaric songs stand apart from such trite fashion and lo-fi tinkering, more inspired by and indebted to the sounds of Killing Joke, Rudimentary Peni, Christian Death, Part 1 and the like. The 8 tracks on the album are all stand outs, with ?Eyes?, ?Your God? and ?Animal? being easy to imagine as well-received singles by the more interesting rock radio stations in 1982 or in 2011. The songs display an intense, foreboding aura, with a heavy production that is never ?metal? in sound. Russ Kent?s guitar style recalls the adventurous playing on earlier Siouxsie records (thinking Kaleidoscope era), given the perfect foundation to experiment by the formidable, multi-faceted rhythm section. Shane Baker?s snarled singing hangs over it all giving the album an unforgettable cohesion.