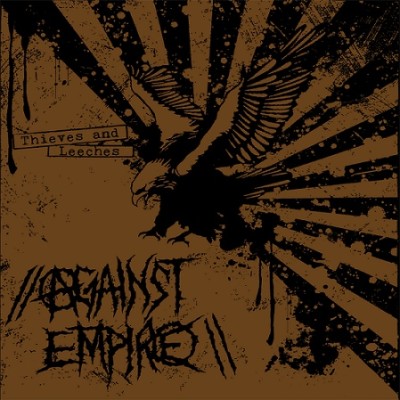 AGAINST EMPIRE unleash their latest onslaught of hardcore punk with in the form of the Thieves and Leeches LP. Seven new tracks, plus a CRUCIFIX cover highlight their knack for mixing classic 80′s style hardcore with hints of more modern crust punk influences.
The recording is clean but powerful, with post-production mastering handled at Jack Control’s Enormous Door Studios. AGAINST EMPIRE have been around for several years now and have previously released
a full length LP, a split LP with ISKRA, a split 7″ with AUKTION and more. If you have not yet heard AGAINST EMPIRE then now is the time to get started!