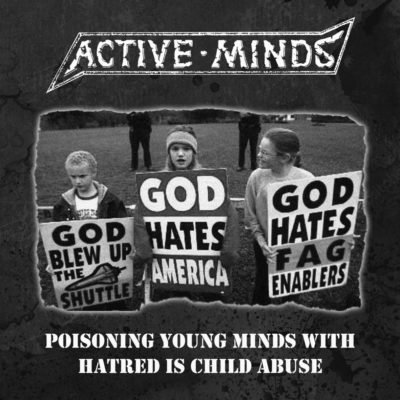 Active Minds are legends that shouldn't need an introduction. Their side is 2 tracks of political hardcore punk, a bit on the more 'metallic thrash' angle of Active Minds material, tackling the absurdity and hypocrisy of the religious conservatives that are the bane of American existence. They are one of my favorite bands ever and I'd do anything for them, including doing the legwork on a cooperatively released split 7".

Los Rezios are a 00's crustcore band from Lima, Peru. While best known to me for their split 7" with Battle of Disarm (Japan), Los Rezios have been chugging along for a long time and have a pretty sizable discography of splits and albums. Their side is 2 tracks of rocking crustcore/metalpunk that fits nicely in-line with the rest of their discography.