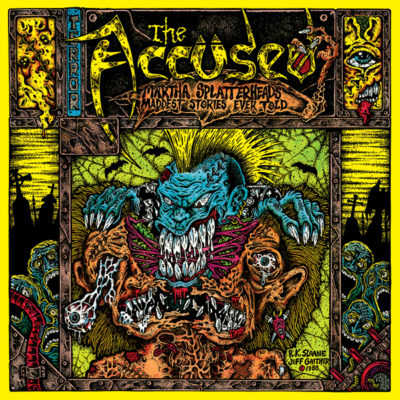 Originally released in 1988 and out-of-print for over 30 years, "Martha Splatterhead’s Maddest Stories Ever Told" is the third full-length album from Seattle’s sultans of splatter rock! Many bands influenced by their ferocious style of music have waxed and waned throughout history but The Accused have proven time and time again to be one of the most ripping bands to ever shred the earth!