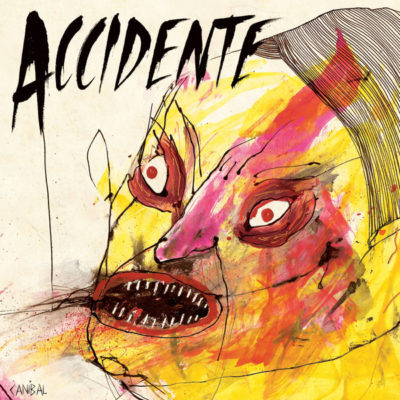 Accidente is a punk rock band from Madrid, Spain. They are Blanca (vocals), Miguel (guitar), Pablo (guitar), Alberto (bass), Carlitos (drums). They cite as influences bands such asÂ The Vicious, Minor Threat, and The Clash. Their songs are punky, short, and political. Blanca sings entirely in Spanish. They have toured Indonesia, USA, Canada, Mexico, Europe, and Japan.

"Socio-political melodic/pop-punk from Spain. Wait, sorry, really amazing socio-political melodic/pop-punk from Spain. If it wasn’t for the fact that the lyrics are in Spanish, I wouldn’t have been surprised if you told me this band came up through the New Brunswick, NJ basement scene—or at least were from somewhere on the East Coast. Equal parts melodic hardcore and straight up pop-punk, with beautiful vocals by Blanca. All of this together sounds like something in between the earnest swagger and jangle of the MEASURE [SA] and WORRIERS and the infectious, angered energy of LA FRACTION—or maybe like the too short-lived Syracuse band NO CONNECTION." - MRR