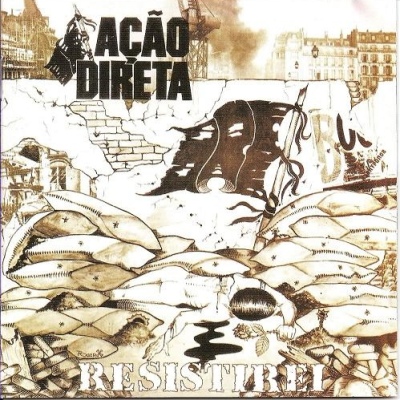 This CD gathers material from the band's first years.
Thus it presents Ação Direta with the sonority that reflected strong influence of the first generation of Brazilian punk, European and American hardcore, and that already brought guitars inspired by crossover - which defined the punk, hardcore and metal mix in the eighties.
With an informative booklet that covers the era with flyers, pictures, texts, posters and drawings, the CD is comprised of "Temos que agir", their demo tape released originally in 1989, when they were still a power trio and the classic "Resistirei" LP, from 1991, totally remastered!
24 songs, including a version for "Aposentados", from classic Brazilian band Psychic Possessor.
A collector's must-have!!