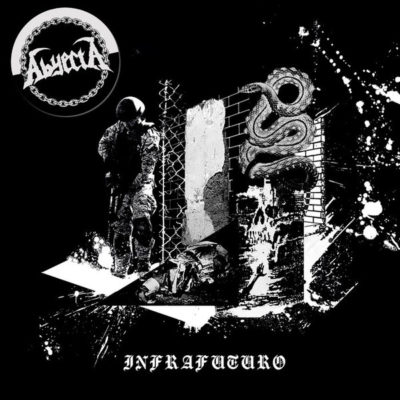 Debut 7” from this band out of Barcelona. I don’t know much about the inner workings of the Barcelona scene (I’ve only been there once as a tourist), but my impression is that there is a tightly knit scene there with a strong group of bands who seem to be in dialog with one another. Ten or twelve years ago there was a wave of raw d-beat bands that came from the city, and then you saw that wave splinter and the bands branching off, some getting artier and weirder (like Una Bestia Incontrolable) and others going in different directions. I mention this because Abyecta don’t fit with the other bands I’ve heard from Barcelona. Yes, they’re a fast and angry punk/hardcore band, but their sense of melody and their catchy, metallic riffing sound unique. They remind me of Burning Kitchen or Post Regiment, bands who played fast and hard, but also embraced complexity and melody, particularly gloomy melodies. Even regarding those comparisons, though, I hear what sounds like a Japanese hardcore influence in the riffing style that sets Abyecta apart. I can see how this sound would be an acquired taste, but as a huge fan of the bands I mentioned above, I’m all in