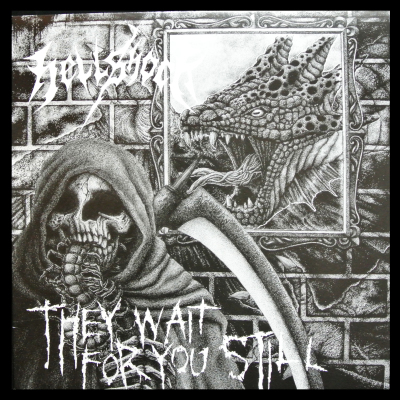 They Wait For You Still (LP)

Reissue of the third full lenght for the kings of PDX stenchcore! All copies come with a slightly different front designe compared to the first press (also released by Agipunk). Originally recorded in Japan during their last tour, this all times crust masterpiece has just been repressed in 500 copies for their third European tour (September/October 2013).