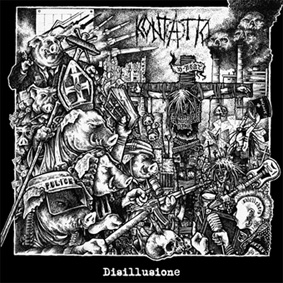 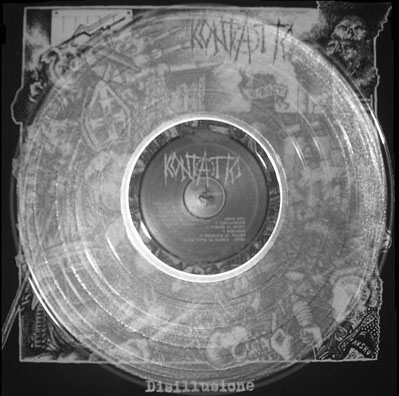 After some years of hiatus, Kontatto are back on the map. Their first full lenght is a total journey into the d-beat crust universe. Think of classics like Anti Cimex, E.N.T. and early Wolfpack played with the old scoolish Italian anger. Galloping turbo drums ripped by thrashing double guitars fuelled by distorted bass filled with angry pissed off nuclear double vocals. Artwork by Stiv of War, one of the best creations of the master of ogres and skulls !!! A holocaust in your head !!!! Featuring members from Campus Sterminii and Giuda. 200 copies limited edition on clear vinyl available through mailorder.