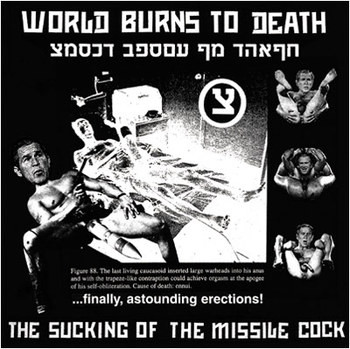 The Sucking Of The Missile Cock (LP)

20 Years after its original release, Agipunk and Sonarize Records team up together once again to deliver a restored version of this masterpiece of early new millennium hardcore crust punk.
Remastered at Enormous Door Studios by Jack Control himself and with a new layout, this record is going to enter the gates of punk history as a true milestone on the path to destruction.
Available in 500 copies on Cyan Blue colored vinyl.