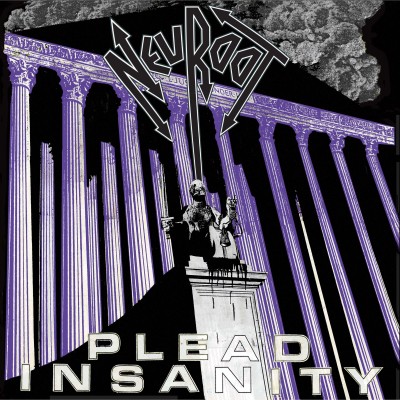 Holland had one of the best European hardcore scenes back in the Eighties. Larm, B.G.K. and Pandemonium wrote some indelible pages of Dutch hardcore and, together with them, there was another combo that approached the scene with an extremely raw, fast and aggressive Demo Tape in 1983 and their name was (and still is) NEUROOT!!! They got tighter and harder and in 1986 the excellent Right Is Might EP was out. The times were changing and more and more bands were moving on towards metal territories giving birth to what we now call "Crossover". And it was 1988 when Plead Insanity was originally released. They became better musicians and the songwriting was less simple than their previous releases, but the rawness, aggressiveness and speed hasn't been lost in the years. This is a perfect sample of what the hardcore vibe was around the end of the Eighties. The record has a totally new layout and if you wanna dive back into the old pits, here is the chance. Don't miss it!