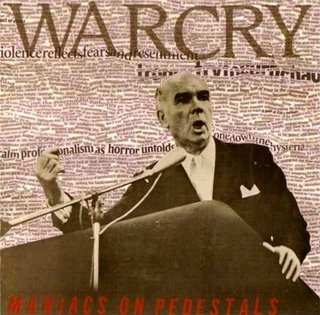 Originally released by Feral Ward in 2004, here is the second press of this d-beat masterpiece by the mighty all star band from Portland, OR. Featuring members and/or ex members of Tragedy, His Hero Is Gone, Hellshock, Estranged, Remains Of The Day and co., this is totally Discharge/Discard inspired d-beat with a crazy powerful sound and bendings all over the place. Imagine if Death From Above, War Cry or Victims Of A Bombraid would have been recorded in a semi professional studio with the new millennium technics and you'll have an idea of what Warcry are about.